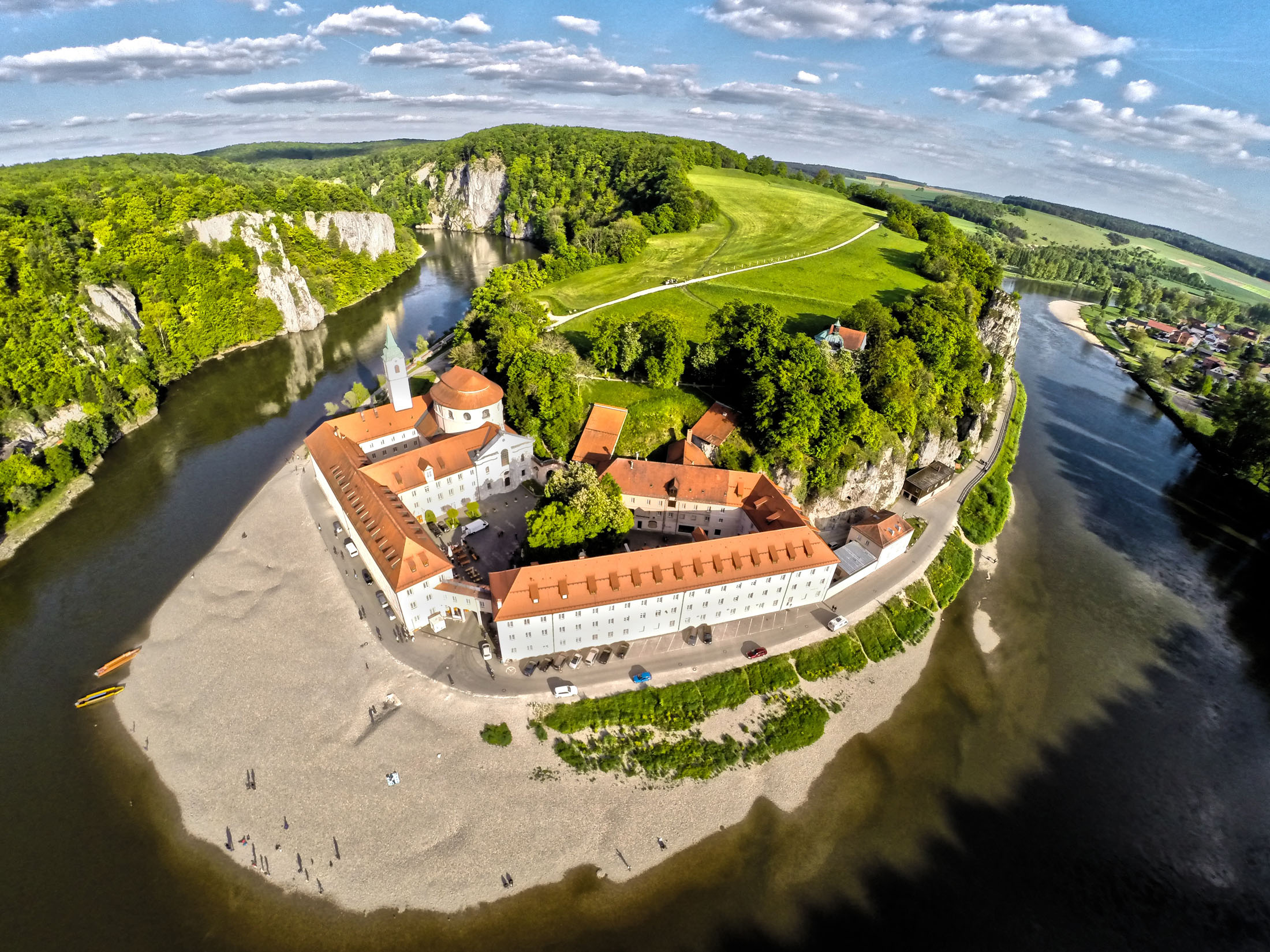 The delights of beer and culture

East Bavaria has the second highest density of breweries in the world. Over 1000 different types of beer are produced in approximately 160 breweries, the majority of which are relatively small. Some breweries are also the oldest of their type worldwide.

The Weltenburg Brewery, situated in the beautiful Weltenburg Abbey on a bend of the upper Danube, is the oldest monastic brewery in the world, reckoned to be about 950 years old.

Not far away in the town of Kelheim, is the Schneider Weisse Brewery, the oldest wheat beer brewery in the world.

The traditional Kuchlbauer Brewery in Abensberg is also certainly worth a visit. The Kuchlbauer Tower, designed by the Austrian artist Friedensreich Hundertwasser, and the neighbouring Kunsthaus combine art and Bavarian beer tradition in a spectacular manner.

The Kuchlbauer, Weltenburger und Schneider Weisse breweries are only situated a few kilometres from each other.

The route from Weltenburg to Kelheim can even be covered by boat through the stunning Danube Gorge Nature Reserve, where towering rock faces squeeze the Danube into a narrow riverbed.

At the end of this unique “beer tour”, you can enjoy a beer or two from one of the three Regensburg breweries in a very beautiful beer garden by the Danube.

Beer and Bavarian tradition lie side by side on this tour.