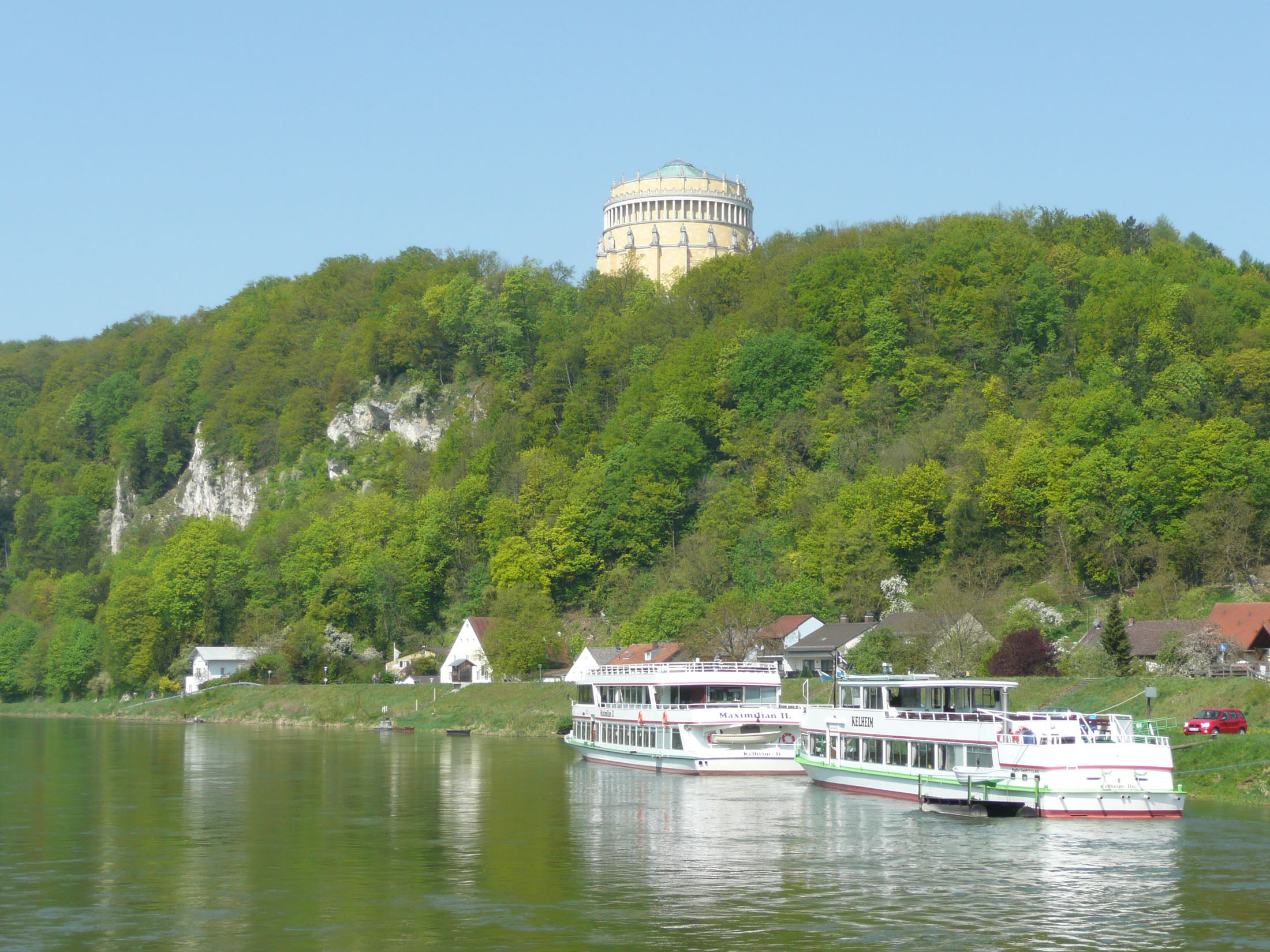 Along the river Danube

Along the river Danube

With a length of more than 2,800 km, the Danube is the second longest river in Europe.

It connects 10 European countries as well as some of the most important European metropolises and former royal and imperial cities, such as Vienna, Budapest and Belgrade, for example.

Countless river cruise ships dock at the ports of these towns. These towns and picturesque landscapes can also be discovered on shorter boat trips and excursions on the Danube.

The idyllic Danube Gorge with its towering rocks, the historical buildings of the Hall of Liberation and the Walhalla, which were built by the Bavarian King Ludwig I, and famous medieval churches and monasteries reflect the scenic beauty and the long history and tradition of East Bavaria.

Do a river cruise and discover the sites all in one go – a very special experience! The Route of Emperors and Kings connects Regensburg with the royal and imperial cities of Vienna, Bratislava and Budapest.